Let us provide expert guidance and project oversight so you have peace of mind.

Sunset Station was constructed between 1909 and 1954. The main building served as the train depot for the Union Pacific Railroad. Restoration was completed in 1999 when the roofs were replaced on all buildings. Special study was paid to the tile which was produced at five different times during the overall construction. The roofing project design was awarded top honors on a national scale by the Roofing Consultants Institute in 2000. The building is listed on the National Register of Historic Places. 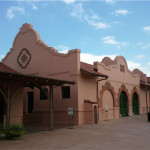 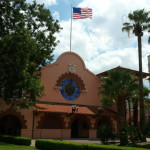